The Glory of God

1:1 In the thirtieth year, in the fourth month, on the fifth day of the month, as I was among the exiles by the Chebar canal, the heavens were opened, and I saw visions of God.1 2 On the fifth day of the month (it was the fifth year of the exile of King Jehoiachin), 3 the word of the LORD came to Ezekiel the priest, the son of Buzi, in the land of the Chaldeans by the Chebar canal, and the hand of the LORD was upon him there.

The Glory of the Lord

4 As I looked, behold, a stormy wind came out of the north, and a great cloud, with brightness around it, and fire flashing forth continually, and in the midst of the fire, as it were gleaming metal.2 5 And from the midst of it came the likeness of four living creatures. And this was their appearance: they had a human likeness, 6 but each had four faces, and each of them had four wings. 7 Their legs were straight, and the soles of their feet were like the sole of a calf’s foot. And they sparkled like burnished bronze. 8 Under their wings on their four sides they had human hands. And the four had their faces and their wings thus: 9 their wings touched one another. Each one of them went straight forward, without turning as they went. 10 As for the likeness of their faces, each had a human face. The four had the face of a lion on the right side, the four had the face of an ox on the left side, and the four had the face of an eagle. 11 Such were their faces. And their wings were spread out above. Each creature had two wings, each of which touched the wing of another, while two covered their bodies. 12 And each went straight forward. Wherever the spirit3 would go, they went, without turning as they went. 13 As for the likeness of the living creatures, their appearance was like burning coals of fire, like the appearance of torches moving to and fro among the living creatures. And the fire was bright, and out of the fire went forth lightning. 14 And the living creatures darted to and fro, like the appearance of a flash of lightning.

15 Now as I looked at the living creatures, I saw a wheel on the earth beside the living creatures, one for each of the four of them.4 16 As for the appearance of the wheels and their construction: their appearance was like the gleaming of beryl. And the four had the same likeness, their appearance and construction being as it were a wheel within a wheel. 17 When they went, they went in any of their four directions5 without turning as they went. 18 And their rims were tall and awesome, and the rims of all four were full of eyes all around.

Scripture quotations are from the ESV® Bible (The Holy Bible, English Standard Version®),
copyright © 2001 by Crossway, a publishing ministry of Good News Publishers.
Used by permission. All rights reserved.

From our pulpit to your pocket

Listen to our sermons on your favourite podcasting platform 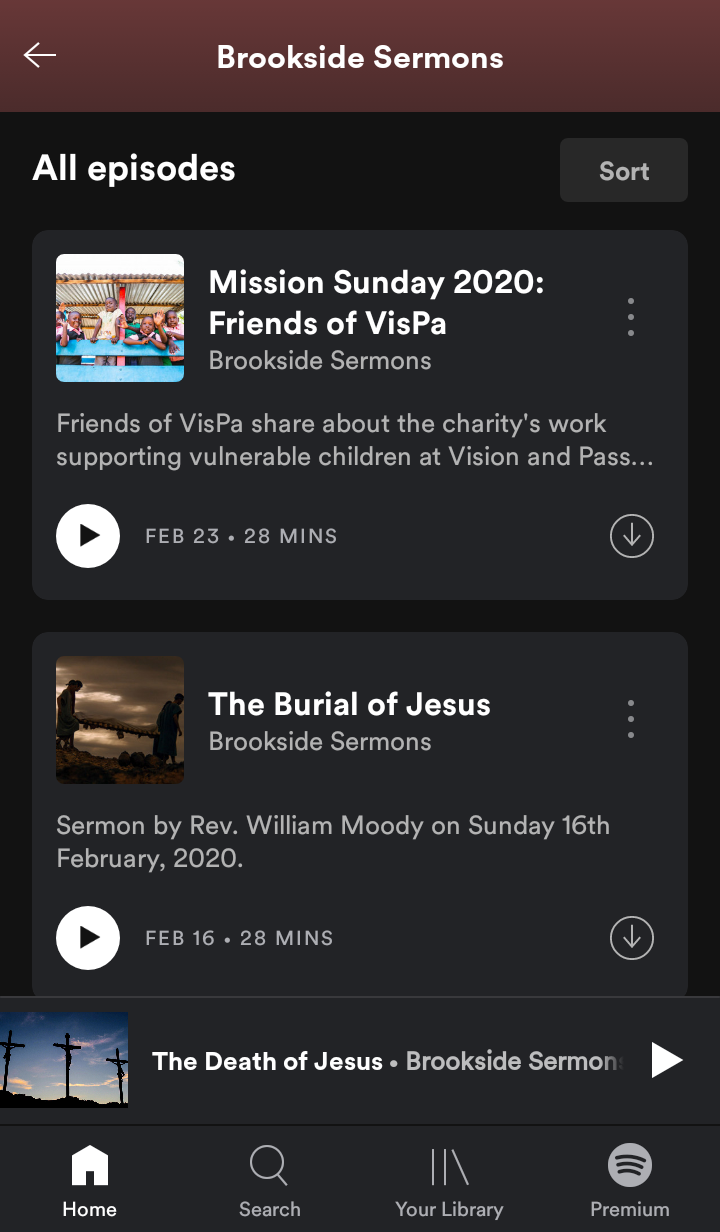