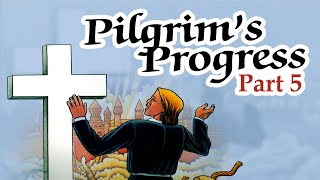 Pilgrim and Hopeful meet a fellow traveller called Ignorance, who didn't enter via the Cross at the Narrow Gate and thinks his good works will allow him to enter the Celestial City. But which of the men will be welcomed into the presence of the Good King and His Son?
Watch Video » 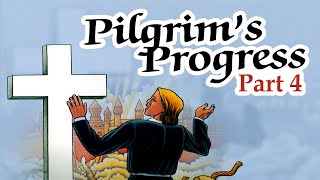 Pilgrim continues on his journey with a fellow Christian named Hopeful. As they travel they decide to leave the Narrow Path in search of a shortcut to the Celestial City. However, danger awaits as they are confronted by Giant Despair!
Watch Video » 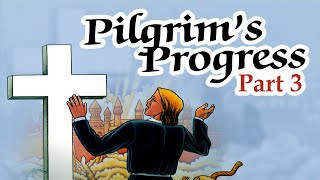 Pilgrim arrives at the Palace Beautiful where he is encouraged by new Christians friends, and receives the Armour of God. But as he journeys on he reaches the Valley of Humiliation and is attacked by the Enemy. Will Pilgrim succeed in the fight?
Watch Video » 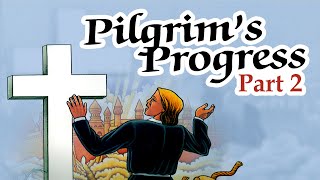 The story continues as Pilgrim meets Goodwill, who warns about the attacks of the Devil and explains more about Jesus' death on the cross. Finally, Pilgrim believes in his heart and his burden of Sin is removed. Have you come to believe that Jesus is your only hope?
Watch Video » 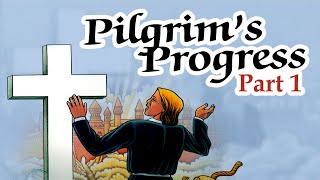 William begins a series of talks based on John Bunyan's classic tale. The story begins as titular character Pilgrim leaves the City of Destruction in search of the Narrow Gate, as he seeks to lose his burden of Sin.
Watch Video »